11 Reasons to Make Croatia Your Next Summer Destination 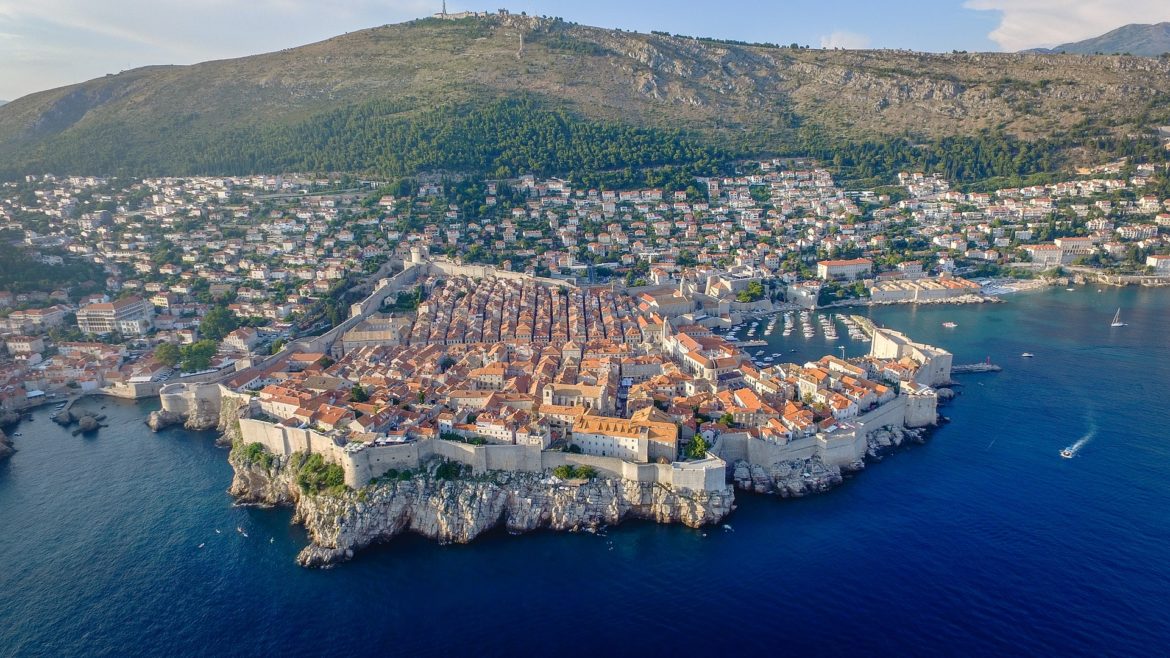 If you were to write a list of everything you’d want to be included in the perfect summer holiday, Croatia would tick every box. Waterfalls, national parks, lush green forests, a rich history spanning over 2,000 years, azure waters, paradise-like islands, white sand beaches, and a list of UNESCO sites to keep you busy for weeks, only touches on what this stunning country can offer.

It was a hard job to narrow it down to just 11 reasons but Designer Journeys’s Grace Homer has selected the best of Croatia that will leave you wanting to book a trip immediately.

1. It is home to the best-preserved and largest Roman amphitheatre outside of Italy

Fancy your chances as a gladiator? Whilst this tradition may have taken place over 2,000 years ago, you’ll be able to stand in the very spot that it did. Pula is home to one of the six largest remaining amphitheatres which still have all of their walls intact. What’s even better, is that you don’t have to make the trip to this city just for this monumental structure, Pula gives you several other reasons to visit including a beach-lined coast, a protected harbour, world-renowned wine, and delicious Italian-inspired cuisine. 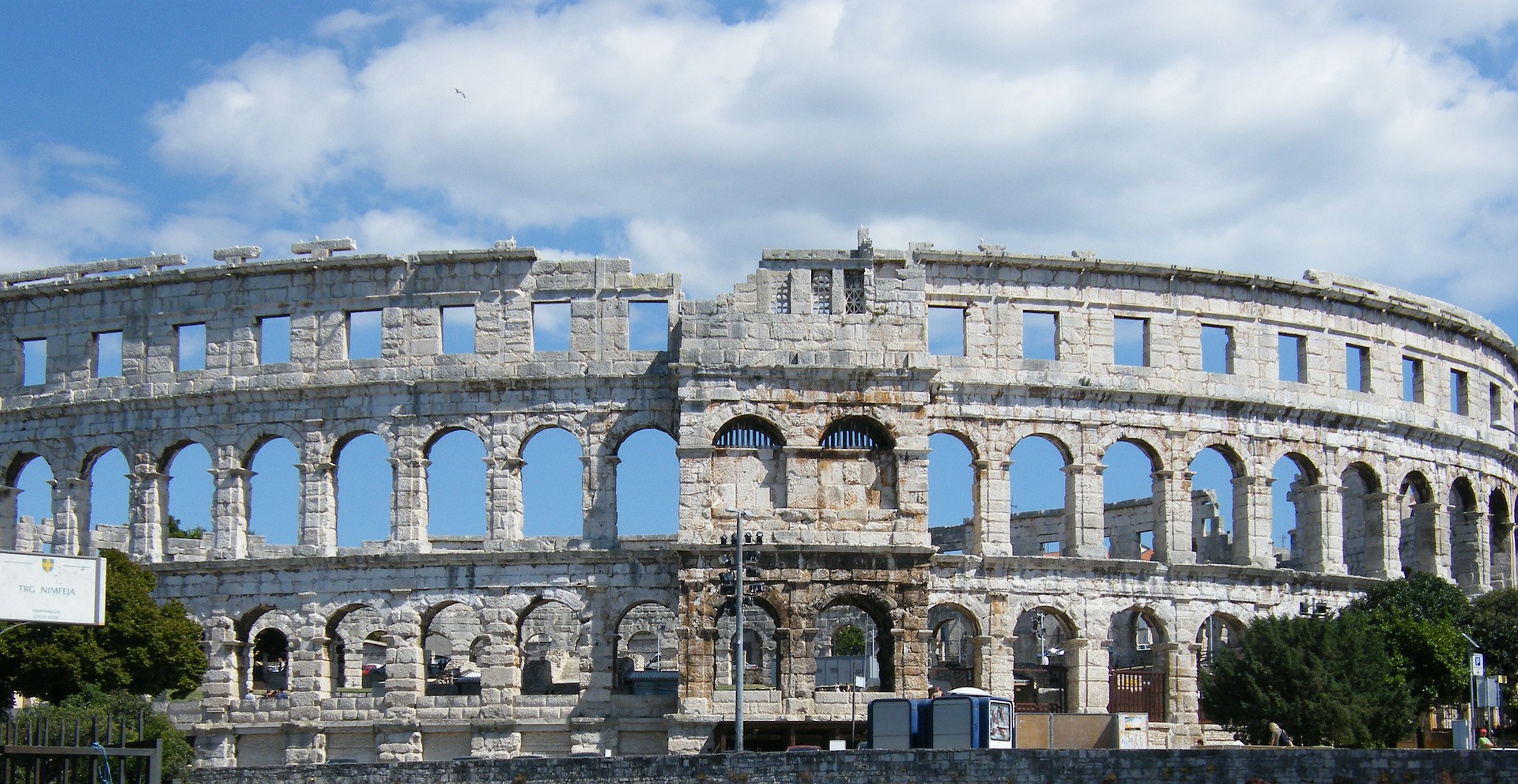 2. The sun is always shining

There’s a reason Hvar Island is known as the ‘sunshine island’; Croatia is one of Europe’s sunniest spots. During the summer, from May to August, you can expect the sun to shine for around 12-13 hours every day. Even winter doesn’t block the sun; in October you can still expect around 11 hours of sunlight and temperatures of 19 degrees celsius. It’s the ideal all-year-round destination! 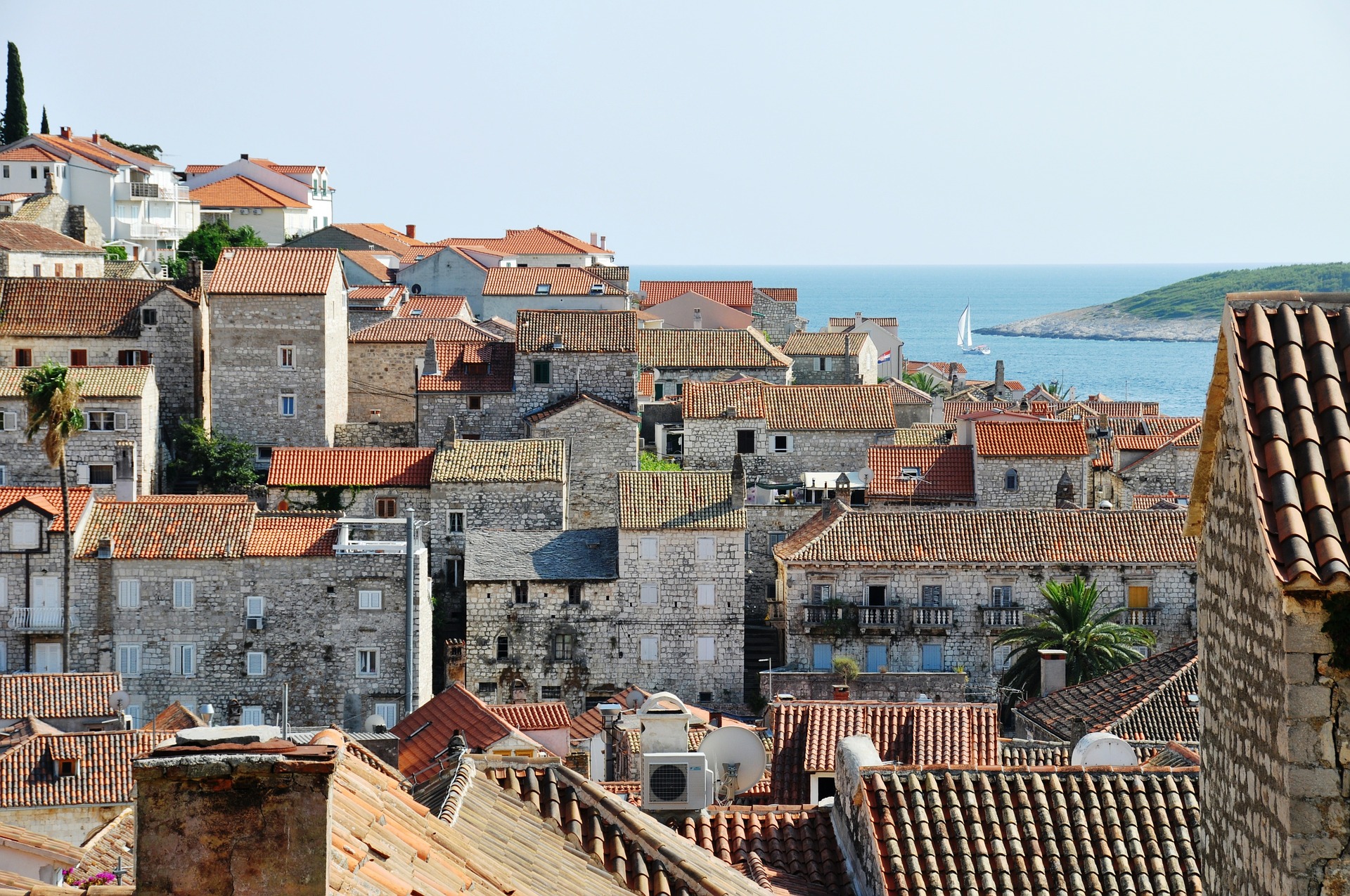 Pastel coloured houses and cobblestone streets fringed with stunning turquoise waters, there’s a reason why they call Rovinj ‘the little bit of Venice spilt on a hill’. This delightful coastal city sits on a headland that juts out on the Istrian peninsula. It’s old town – fortified during Venetian rule – gathers at the seafront packed with quaint restaurants, streetside cafes and boutique shops all leading up to the hilltop Church of St. Euphemia that towers over the city. 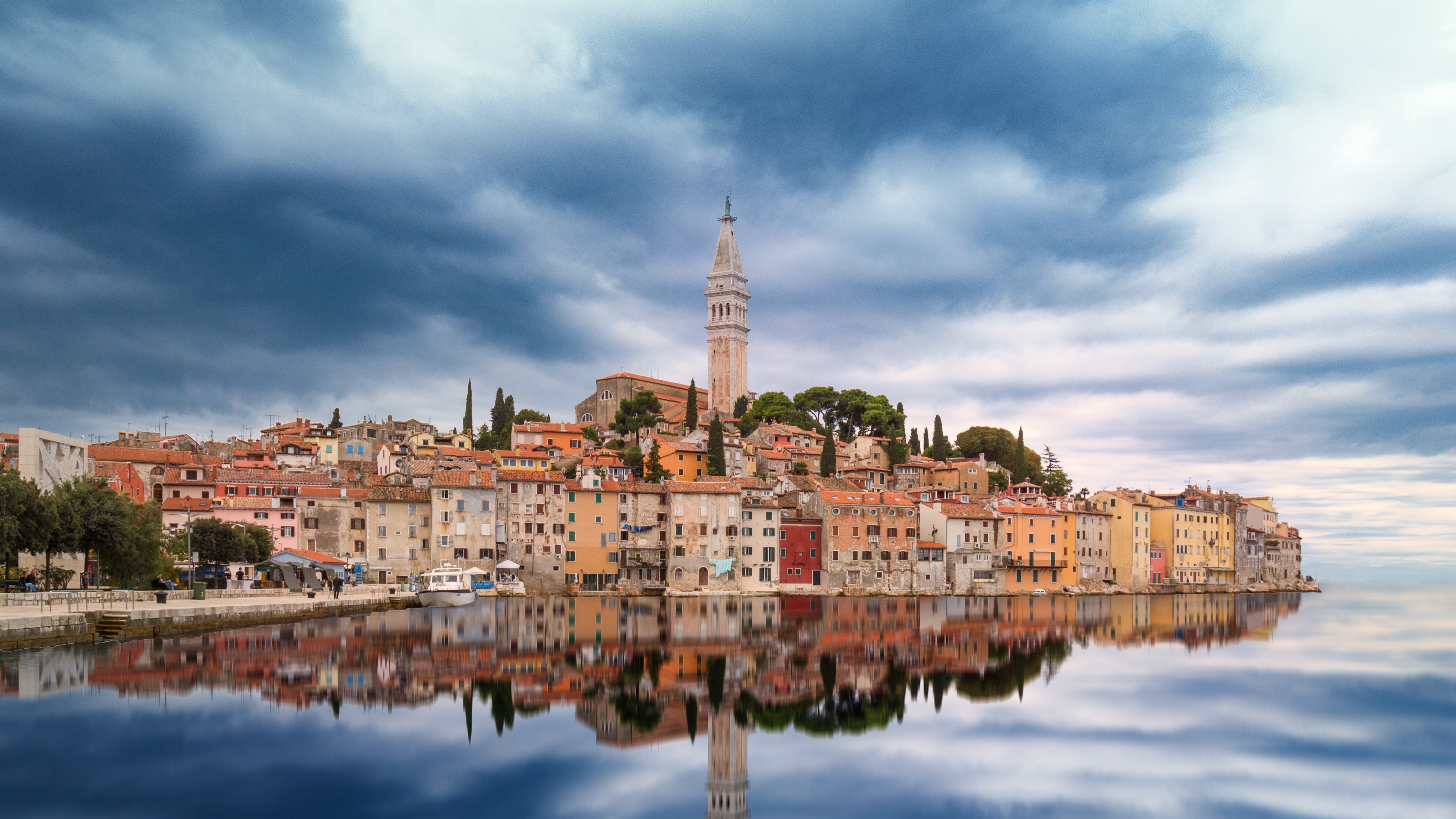 4. There are over a thousand islands to choose from

Almost everyone has heard of the historic and stunning island of Hvar, and the world-famous spit of white-sand known as Zlatni Rat on Brac, but did you know there is a remote island where wild deer roam the pebble beaches and pine forests? Or a previous Roman settlement island home to blue-flag beaches and forests filled with stunning hiking and cycling paths? Whatever you’re looking to gain from an island paradise, Croatia has it within its midst.

5. The droves of people are yet to arrive

Maybe you’re reading this thinking: “How is that possible?”, but it’s true, mass tourism is yet to arrive in Croatia. It’s undoubtedly going to become more and more popular but for the time being, it is still home to an abundance of unspoiled beaches, remote towns and historical gems free from the crowds.

6. Game of Thrones lovers can geek out to their heart’s content

Dubrovnik may seem familiar when you first arrive, especially so if you’re a fan of the hit series, Game of Thrones, of which a large part was filmed here. In addition to hunting down the famous film locations, Dubrovnik is a fascinating, fantastically-preserved medieval jewel on the Adriatic coast. The city walls, built in the 16th century, provide the perfect location for an afternoon stroll. If that isn’t up your street, Star Wars: The Last Jedi was also filmed in Dubrovnik. 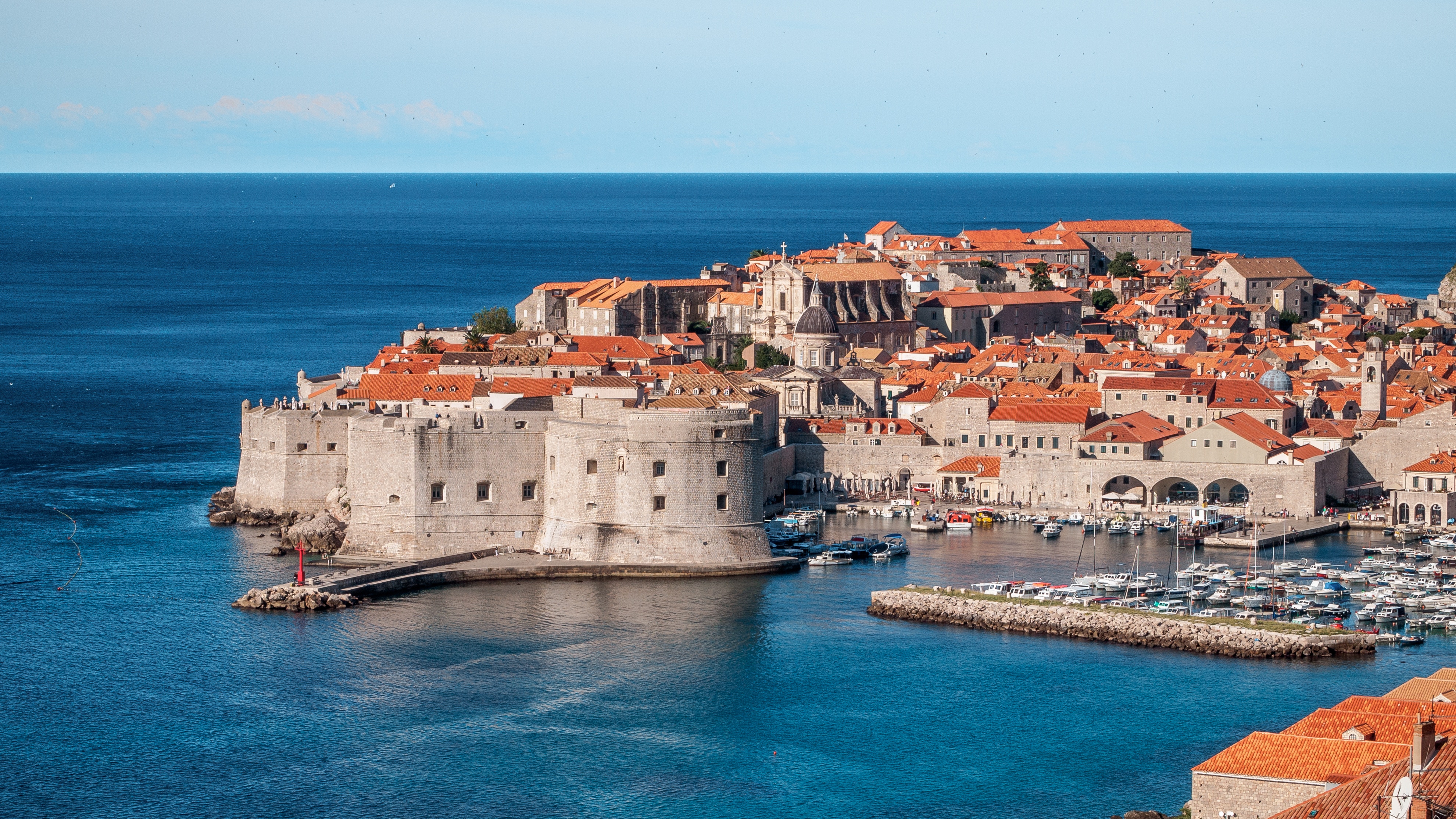 7. The sunsets are beyond magnificent

Ask anyone that has been to Croatia about the sunsets and they are guaranteed to say they were some of the best they’ve ever seen. In many parts of Croatia, the sun sets over the horizon of the Adriatic Sea, igniting the sky with an array of colours as it does so. When it comes to places to watch the sunset in Croatia, there is a list as long as your arm. One place in particular, however, the ancient Roman city of Zadar, does sunsets like nowhere else. You’ll also have the calming melodic tones of the sea organ, an engineering marvel which lines Zadar’s coast, to accompany the show.

8. One for the astrologist within you

The beauty of Croatia is that there are still so many places left untouched, known by no one other than locals. Travelling under the guidance of a local will enable you to experience some of the most beautiful night skies in Europe where the light pollution is minimal and the stars are dazzling. Lastovo, a small island between the popular islands of Mljet and Korčula which was declared a nature park in 2006, is even nicknamed the ‘island of bright stars’.

9. Fascinating history that even the non-history buffs will love

With a history that dates back to the 1st century, and even further for some areas, Croatia is scattered with ancient Roman ruins, medieval towns, Venetian architecture, and some of the most incredible churches. There are more buildings and areas on the UNESCO list and the tentative list of World Heritage Sites then there are days in the month; each one offers something completely different yet equally captivating. The former Roman emperor’s home, Diocletian’s Palace, in Split is just another jaw-dropping excuse to visit this country.

10. Some of the clearest waters in the world

You may have heard about the sparkling sapphire waters of Croatia but did you know it is common to be able to see right through to the seabed almost everywhere?

The water is incredibly clear; one of the best ways to spot fish is to take a kayak out on the water and watch them mill around underneath you. On top of this, Croatia is home to a stunning cave which lights up luminescent blue during certain parts of the day when the sun creeps through a gap in the top of the cave and reflects off the limestone bottom. Could those waters sound any more inviting? 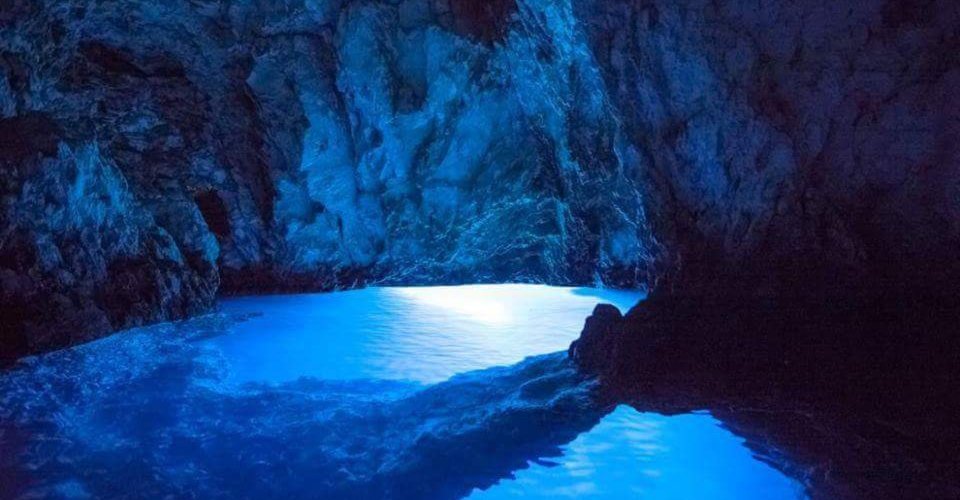 The food in Croatia is a superb blend of regions and influences from neighbouring countries. Whilst the mainland regions take influence from Proto-Slavic periods and the Hungarian, Viennese and Turkish fare, the coastal regions create masterpieces infused by their Greek, Roman and Illyrian ancestors as well as popular Mediterranean cuisine. What’s more, Croatia is full of world-famous wine regions where fields upon fields of vineyards stretch for miles producing some of the best wines in Europe.

Don’t believe us? Try it for yourself.

A little overwhelmed at just how much Croatia offers? We were too, but thankfully our Local Designers are ready and waiting in Croatia to show you the best of the country far from the tourist crowds. Designer Journeys bridges the gap between travellers and locals in Croatia who can deliver an unforgettable local experience combining everything Croatia offers in one package. Sounds tempting, right?

Whether you’re looking for a family, fun-filled adventure, a peaceful escape soaking up the rays and the history of the medieval towns, or something wildly different, you can browse our wide range locally-made customisable trips or design your own completely from scratch with the help of a Croatian Local Designer.

Heading up the Content Team at Designer Journeys, at my desk, you'll find me tapping out inspiring adventures, finessing incredible trips designed by Local Designers and focussing all things content. Having lived in Southeast Asia between Vietnam and Bali for three years, I'm now keeping toasty with a cuppa in a little English town planning future adventures for which I have constant inspiration. Offline, there's nothing I enjoy more than long cycle rides, fueling the foodie in me and seeking out new spots - preferably all at the same time. Find me on LinkedIn or Instagram and keep an eye out for travel inspiration here!

A Guide to Stargazing in Japan

The Top 7 European Holiday Destinations for 2019

What Teenagers Really Want from Their Next...

Save This Morocco Itinerary for the Perfect...

Bali Tours & Beyond: The Indonesia Travel...

Plan Your Tour to Victoria, Australia With...

The Complete Guide to Bagan Temples

A Foodies Guide to The Greek Islands