Top Eight Things to Do in Kuala Lumpur 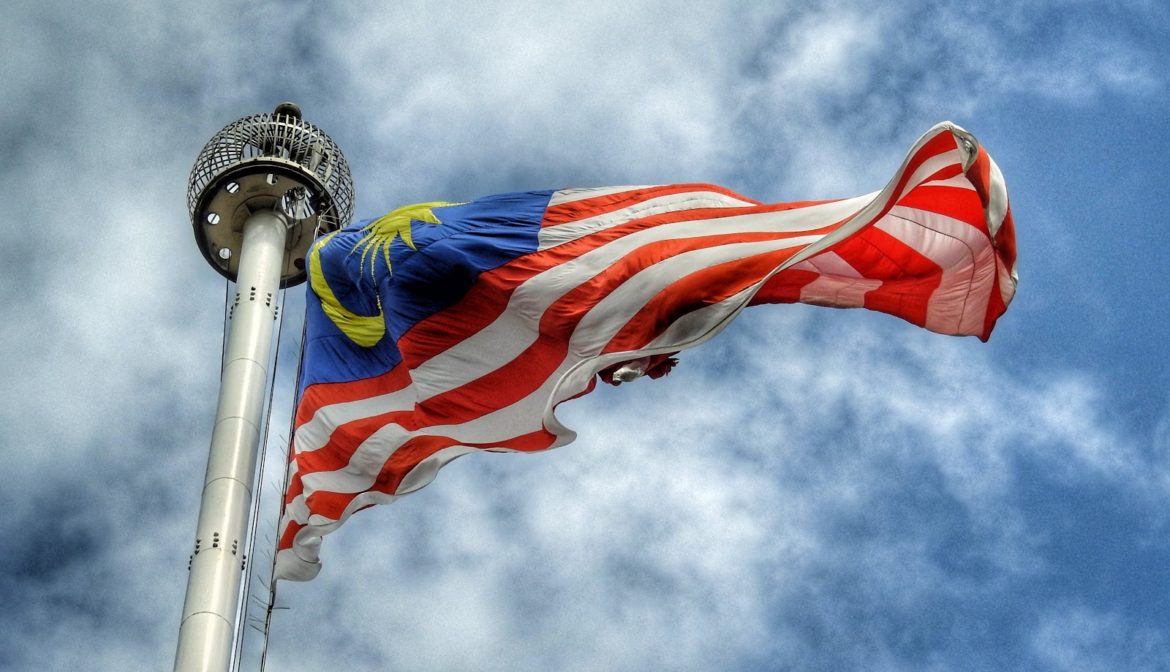 A skyline scattered with skyscrapers and minarets, a history as a British colony and a fantastic street food scene, Kuala Lumpur is a colourful melting pot of cultures.

The city’s Malay, Indian and Chinese cultures punctuate this city with vibrant neighbourhoods, religious sites and bustling street markets. The grasp of ancient cultures is perfectly balanced with the modernism of this city where steel-clad skyscrapers sit next to some of the oldest religious buildings in the country.

We’ve gathered the top ten things to do in Kuala Lumpur with help from our Local Designers in Malaysia who can create amazing, unique trips to this fascinating country!

Marvel at the Petronas Twin Towers

A symbol of Kuala Lumpur, the towers were completed in 1998 and held the title of the tallest buildings in the world up until 2004. Today, the Petronas Twin Towers remain the tallest twin towers in the world.

The twin towers were designed with the idea of defining 21st-century Kuala Lumpur, focusing on the motif of Islamic Art. You can visit the double-decker sky bridges that are found on the 41st and 42nd floor which connect the two buildings for stunning views of the city skyline.

Want an even better view? Head up to the 86th of the 88 floors to see far across the city and into the rolling hills of the countryside of Malaysia. 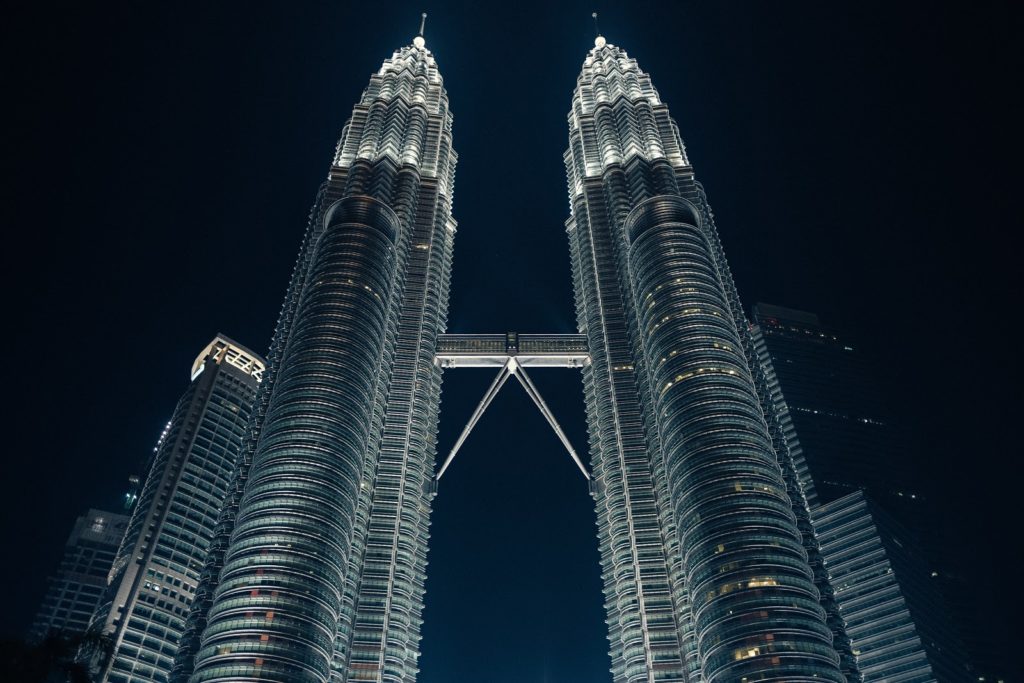 At the foot of the Petronas Twin Towers, you’ll find the beautiful KLCC Park, a special part of the city which provides some much-needed tranquillity and green space. Stretching over 20 hectares, KLCC is a hub of activity for joggers, picnic-ers and more. As well as many walking trails, you’ll find a large lake, waterfalls and a water fountain which puts on a water show twice daily, during which the spurts of water dance much to the children’s delight.

Catch this show at night and you’ll also see the fountain light up in rainbow colours which dance to the accompanying music! 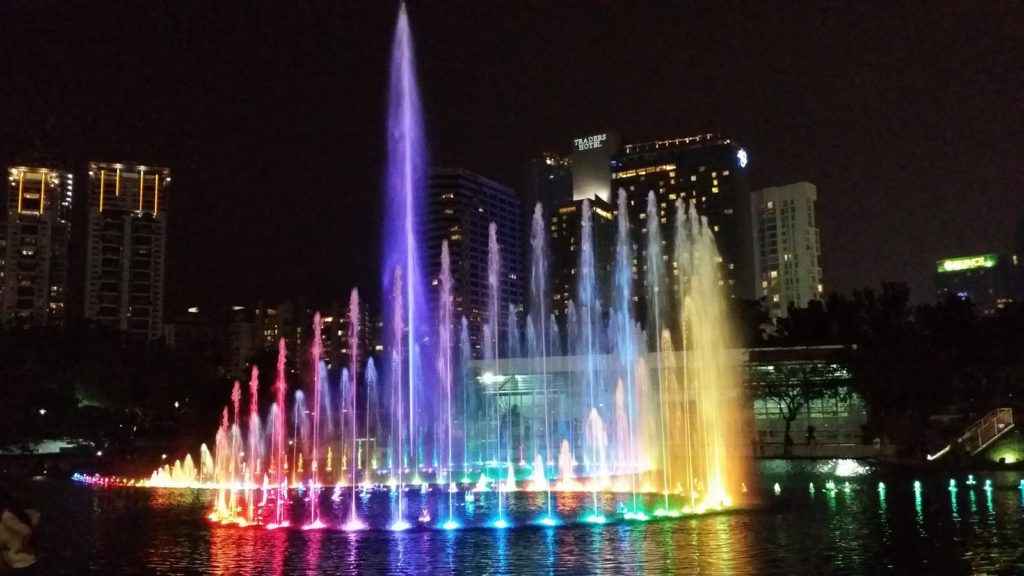 Shop Til You Drop at Central Market

Heading to Central Market is one of the top things to do in Kuala Lumpur. Whilst it is firmly planted on the tourist map, the market (also known as Pasar Seni) is a vibrant combination of cultures with the city’s various ethnic backgrounds and historical influences debuted in this market with pride.

Don’t forget to check out the area in front of Central Market; this often acts as the stage for street performers and musical shows.

Alongside the popular area of Hutong, Jalan Alor is one of the best places to enjoy some local street food. This vibrant street has a variety of Asian cuisine that stretches far across the continent.

Here, at Jalan Alor, you’ll get to sample fresh and authentic dishes from several different countries and cultures on one long stretch of street that lights up the popular area of Bukit Bintang. Known well for its seafood restaurants, you’ll be able to barter the kilo price for delicacies like stingray and other delicious fish.

For those with a sweet tooth, you can sample some fresh coconut ice cream or zesty, fragrant fruits, or maybe even brace yourself and try out some durian! You’ll find it all on this street.

Head here with a local guide on a custom trip to Malaysia to make the most of the best spots! 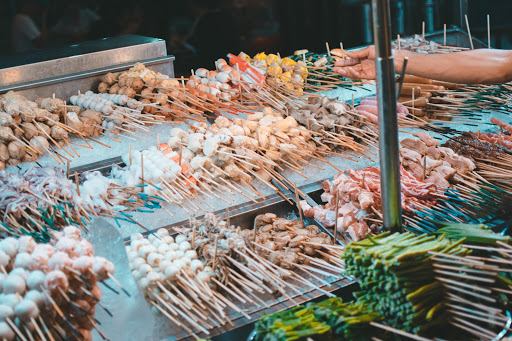 Wander Around Little India and Chinatown

Like most Asian cities, Kuala Lumpur has a large Chinese population. These two defining populations of Kuala Lumpur – Indian and Chinese – have dedicated neighbourhoods within the city that will make you feel as though you’ve been transported to the country itself.

If you’ve got a hankering for a delicious curry, head to Little India where the smells wafting from the restaurants and street food stalls are sensually overwhelming. In Chinatown, the area in and around Petaling Street, you’ll find a stream of cultural attraction and a wonderful choice of night street food vendors selling everything from dumplings to noodle dishes.

Take in the Views from High Above the City

With such a fantastic skyline, one thing you must do in Kuala Lumpur is head to the top of a building whether that be at a rooftop bar or the ever-popular glass-bottomed viewpoint in Kuala Lumpur Tower and enjoy the view.

Locally known as Menara Kuala Lumpur, the Kuala Lumpur Tower stands at 335 metres above the city with an observation deck made entirely of glass. Offering the highest point in the city that’s open to the public, the elevator whisks you to the top of this tower in just 54 seconds!

Head to the tower at sunset for a remarkable view! 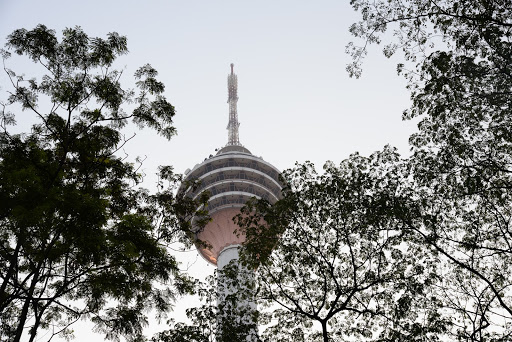 Climb the Colourful Steps to the Batu Caves

Step inside caves that are estimated to be over 400 million years old!

Located on the outskirts of Kuala Lumpur, the Batu Caves are a series of caves found within a limestone hill. To first enter the caves, you must like 272 steep concrete steps to the entrance of the Hindu shrines, which are the most popular outside of India. In 2018, these steps received a colourful rainbow makeover, and at the bottom of the steps, you won’t miss the 42.7-metre statue of a Hindu Deity, the tallest in the world of its kind.

For those that love a little nature, you won’t be alone in the caves; resident wild monkeys and bats call these caves home too! 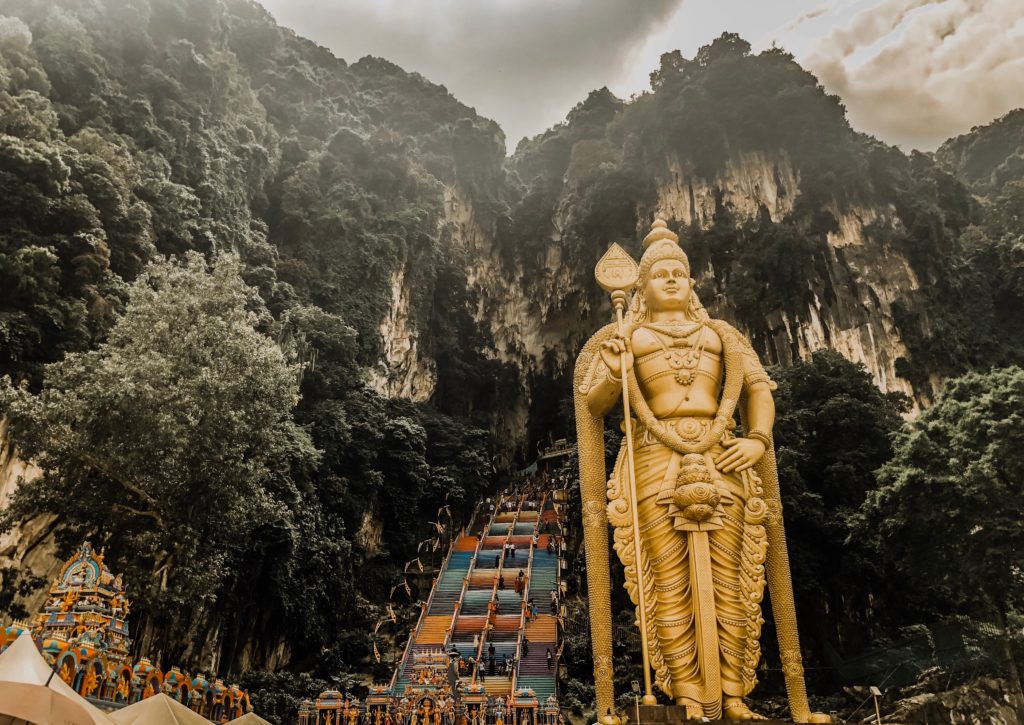 Built in the 19th century, Sri Mahamariamman Temple is the perfect place to visit if you’re looking to learn about the diverse cultures and religions that make Kuala Lumpur so unique.

The temple’s colourful facade depicting various Hindu deities and famous legends is worth the visit alone. It is complete with Spanish and Italian tiles as well as precious stones and gold. Situated between two Buddhist temples in Kuala Lumpur’s Chinatown, Sri Mahamariamman Temple stands as a perfect example of the city’s diversity.

If Malaysia doesn’t already intrigue you with its mixed bag of cultures, street food to die for and superb nature, take a look at our range of Malaysia trips designed by our in-destination Local Designers who know this country like the back of their hand.

Alternatively, design your own trip by specifying your budget, interests and travelling style and let our expert Local Designers create your dream trip to Malaysia!

5 Glorious Scottish Moments and When to...

Unearth the Bounties of Singapore Travel with...

A Guide to Your First Trip to...

The Complete Guide to Laos Waterfalls

A Complete Guide to Cambodia Cycling

10 Marrakesh Tours That Will Get You...

Vietnam Itinerary for 7 Days: Your Ideal...

The Vietnam Food Tour that Foodies Will...