10 of the Most Unusual Things to See, Do & Eat in Vietnam 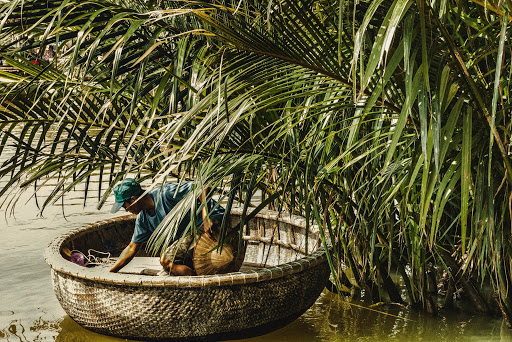 Vietnam is a feast for the senses; whether you’re jumping off the pavement to avoid a motorbike, trekking in the jungle watching out for cobras or absorbing the smells of the early morning street food dishes. Like scooping water out of a bucket to both wash your hands and flush the toilet, the beauty of Vietnam is that it is full of experiences that you will have never seen, eaten or done before.

We have rounded up the weirdest and most unusual things to see, do and eat in Vietnam, here’s 10 to get you started!

1. Drink a coffee made from poo

Perhaps not the first thing you had in mind but certainly one you should definitely try.

Whilst primarily carnivores, weasels have a particular taste for ripened coffee berries in Vietnam. In fact, they are experts at finding the sweetest and ripest coffee berries, originally leaving farmers baffled at their ability to eat nothing but the best. Over time, farmers began to use the arrival of the weasels as a sign that the coffee berries were ripe for harvest. Upon inspecting the weasel poo, farmers found that they were almost entirely untainted by the passage through the weasel. Once washed, dried and roasted as per the process for normal coffee, farmers found that the weasel coffee was sweeter and much less bitter than Robusta, the traditional Vietnamese coffee. Hence, the phenomenon of weasel coffee was born – an absolute must in Vietnam. 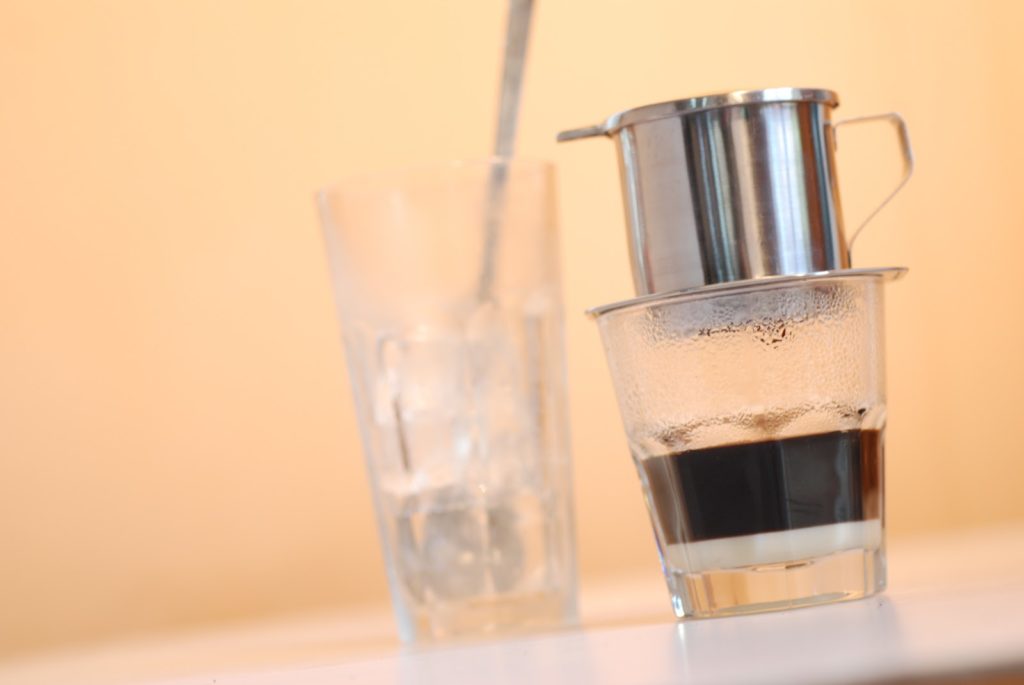 Actually, it’s a choice of several guns to shoot.

At the Cu Chi Tunnels, a network of tunnels stretching for over 200 kilometres used that played a vital part in the Vietnam War during the 1960s, you have the opportunity to fire an AK47 among a number of other guns at a shooting range inside the grounds. For the privilege, you will pay around $1-3 per bullet, depending on the choice of gun you make, and then – with noise-cancelling earphones firmly in place – you can unleash your rage on the target in front of you.

Don’t worry, there aren’t gun wielding tourists all around, you are supervised whilst you fire and the guns are all strapped in place.

Ho Thuy Tien is the official name of the deserted water park which sits 8 kilometres from the imperial city of Hue in Central Vietnam. Once a popular leisure park which sits on a large lake by the same name, Ho Thuy Tien was home to a 2-level aquarium and a huge water park with slides and pools. The closure of the park is shrouded in mystery which only adds to the strange, eerie feeling that befalls you when entering the park. Many parts of this crumbling playground look as if everyone just upped and left in a panic.

Up until recently, there was a real-life risk of being eaten by the crocodiles that remained in the park until PETA intervened and rescued them. There seems to be only one word for Ho Thuy Tien – spooky.

Twice a day a huge freight train hurtles down the centre of a packed residential street in Hanoi’s old quarter, leaving only inches between the buildings and either side of the train. The locals pull bikes close to them as they duck nonchalantly into doorways and nearby houses, for a matter of seconds whilst the train passes.

For those watching, it’s quite a spectacle to see life carry on completely normally straight after; stalls are unpacked once again, locals continue their routes along the tracks and life returns to normal – that is, until the next train. This madness has firmly put ‘Train Street’ on the map, with several cafes and bars popping up along the tracks to invite travellers to witness it, and of course, take several selfies. 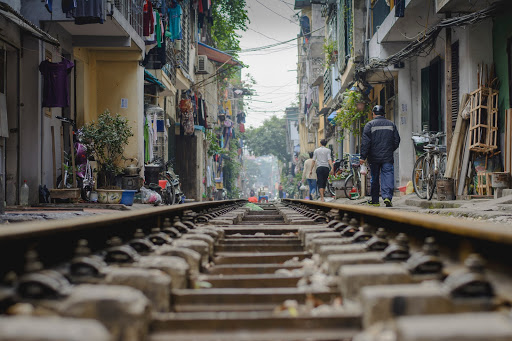 5. Forget your inhibitions and sing your heart out at Karaoke!

Whilst the majority of the western world may mock karaoke as an activity only engaged in by die-hard fans or those with a lot of alcohol on board, in Vietnam, it’s a different story.

Locals love nothing more than setting up a screen, grabbing a microphone and turning a speaker up loud enough to disturb all of the neighbours in a 200-metre radius. In Vietnam, it doesn’t seem to matter if you can’t sing a single note and class seems to be forgotten when it comes down to Karaoke, anyone can get involved. That’s why you’ll find streets lined with locals transforming their open front rooms into karaoke bars and an open invitation. Grab a beer, choose your favourite song and have a night you won’t forget anytime soon.

6. Walk in the hands of God

Perched 1,414 metres above sea level in Ba Na Hills, not far from Central Vietnam’s capital, Da Nang, you’ll find this iconic architectural masterpiece – the Golden Bridge. Spanning 150 metres, the bridge sits majestically high above the lush, green hills and appears as though two God-like hands are supporting it. Upon completion in 2018, the bridge gained viral attention from all corners of the globe due to its unique design and has had visitors flocking to its gates since.

If you’re hoping to see the bridge without the hoards of tourists, it’s best to head there at sunrise.

No, we aren’t kidding.

In Vietnam, fertilised quail eggs (Trứng Cút Lộn) and duck eggs (Hot Vit Lon) are considered a delicious snack. Like something out of a horror story, you break the shell of the egg to find a baby bird embryo, often almost fully developed with feathers, beaks, wings and feet. It is then eaten from the shell or sometimes covered in paste and deep fried. The length of incubation before the eggs are boiled is down to local preference but it is usually between 14 and 21 days, sometimes more for acquired tastes.

The thought may turn your stomach but word on the grapevine is that this snack is particularly delicious and enjoyed throughout Southeast Asia.

8. Take a ride in a circular fishing boat

Invented by fishermen during the French colonial era in order to avoid the hefty taxes place on boats, these vessels have become somewhat of an iconic symbol of Vietnam’s coastal destinations. Made from weaving bamboo, these boats are light enough to be picked out of the water and hoisted above your head, making it easy for fishermen to transport them if needed. In Hoi An, arguably Vietnam’s prettiest town, you can take a ride in one of these boats along the river and out into the sea.

9. Try snails like you never have before in Phu Quoc Night Market

Along with a dazzling array of sumptuous seafood dishes varying from sour crab soup to boiled cuttlefish and rice spaghetti served with fried fish, at Phu Quoc Night Market you can taste some of the most delicious snails. Ranging from small sea snails cooked in garlic to the huge bailer shell which can weigh up to a kilogram in weight, the locals seem to have cracked the code on making snails absolutely delicious. Try for yourself and see, if you’re going to eat snails anywhere in Southeast Asia, it should be here. 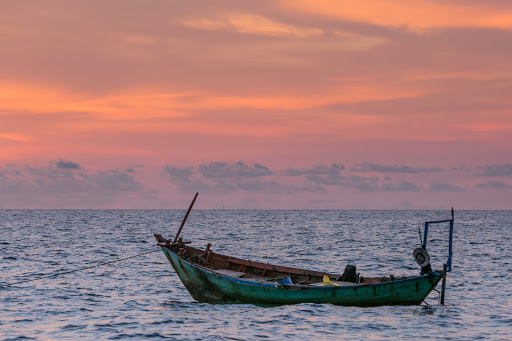 A cave so big, you could fly a Boeing 747 through it without touching the sides.

Only discovered as recently as 2009, Son Doong Cave sits at the heart of Vietnam’s Phong Nha Ke Bang National Park in Quang Binh province of Central Vietnam. Adding to the intrigue, the cave is limited to just 300 visitors per year making the experience extremely special, albeit expensive. If you can’t afford the $3,000 to explore this cave, you can explore its nearby alternative, Paradise Cave which measures a whopping 34 kilometres long.

If all these crazy experiences have you feet itching and your passport twitching but no idea where to begin then rest assured, Designer Journeys’s in-destination Local Designers are ready to design your perfect trip to Vietnam. Whether it involves all of these box tickers or none at all, you decide where you want to go and what kind of trip you’d like, our experts will plan the rest. It’s that simple!

Browse our pre-made, customisable trips here or select your preferred trip duration, activity preferences and budget, one of our Local Designers contact you with your bespoke trip soon.

Vietnam’s Lesser Known Destinations & When to Visit Them

The Vietnam Food Tour that Foodies Will...

A Sunny Itinerary for 7 Days in...

How to Spend Five Days in Norway

Travel to North Macedonia: A Guide to...

11 Reasons to Make Croatia Your Next...