Vietnam’s Lesser Known Destinations & When to Visit Them 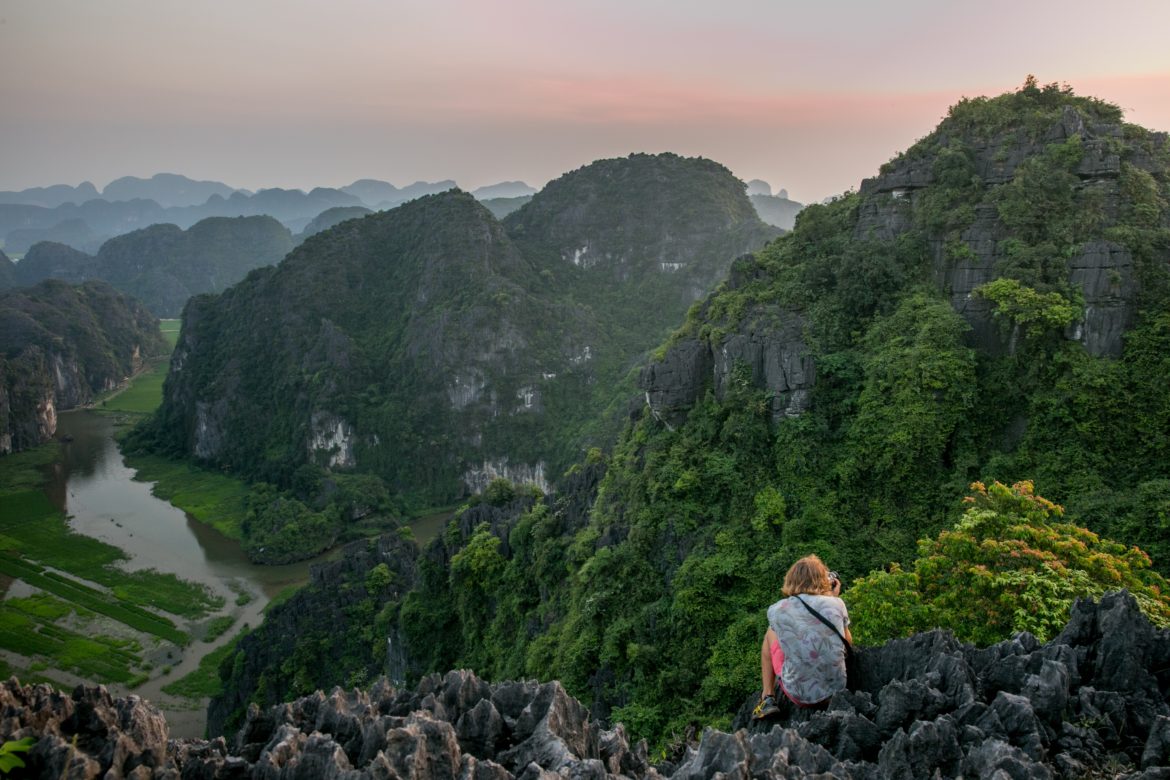 An all-year-round destination, Vietnam’s 1,000-kilometre stretch lends itself to stark seasonal contrast between the north and south of the country. If you welcome the saying – “there’s no rice without rain” – then you’ll understand that to admire stretching fields of lush green paddies scattered with conical hats upon heads of those tending to their crops, a little rain will suffice. That said, you may be lucky and miss the clouds all together but that does depend on when you travel to Vietnam.

Calling Vietnam home for almost two years, Designer Journeys’s Grace Homer has seen her fair share of Vietnam and wants to share the hidden destinations that spend less time in the spotlight – but are no less worthy – than their busier neighbours.

If you’re looking to travel the length of the country then the best time to come would be between February and April or August and October when rainfall is low and temperatures are moderate across most regions.

If you’re looking to escape the crowds, dine on freshly caught seafood, relax on pristine beaches and explore the raw beauty of the Vietnamese countryside, then Quy Nhon rightfully deserves a place on your itinerary.

Somehow missed off the tourist’s radar, the vibrant fishing city of Quy Nhon has long been a popular weekend getaway for expats and wealthy locals. Home to the Binh Dinh Museum and the 18th-century Long Khanh Pagoda, Quy Nhon’s attractions are few and far between: the main events are it’s dining scene and stretches of golden sand which are definitely worth a visit alone.

Best time to visit Quy Nhon: in the dry season, from March to December

Did you know the largest cave in the world can be found in Vietnam?

Undiscovered until the early 1990s, the famous cave, Hang Son Doong, is just one of the many reasons to visit Phong Nha. Formed around 400 million years ago, the Phong Nha-Ke Bang National Park is riddled with hundreds of cave systems, remarkable underground rivers, jungle, lakes and an abundance of exotic wildlife. It has it all! As Vietnam grows in popularity, this UNESCO World Heritage Site is gradually becoming a must-see destination and with that, we expect this spectacular area to change – make sure you see it soon.

Situated in South Vietnam’s Lam Dong province, a mere four hours drive from the southern metropolis of Ho Chi Minh city, Cat Tien is a UNESCO-protected national park spanning an area of 70,000 hectares. Worthy of a night’s stay, Cat Tien National Park is home to a wide range of exotic wildlife, ancient trees, rare birdlife and not one, but two wildlife rescue centres. Grab yourself a map and head off on a DIY hunt for the giant, centuries-old trees. When you’re feeling sufficiently dwarfed by these trees which roots are taller than you, you can head to the research centres to lay eyes on the moon bears, sun bears and gibbons all under protection here. 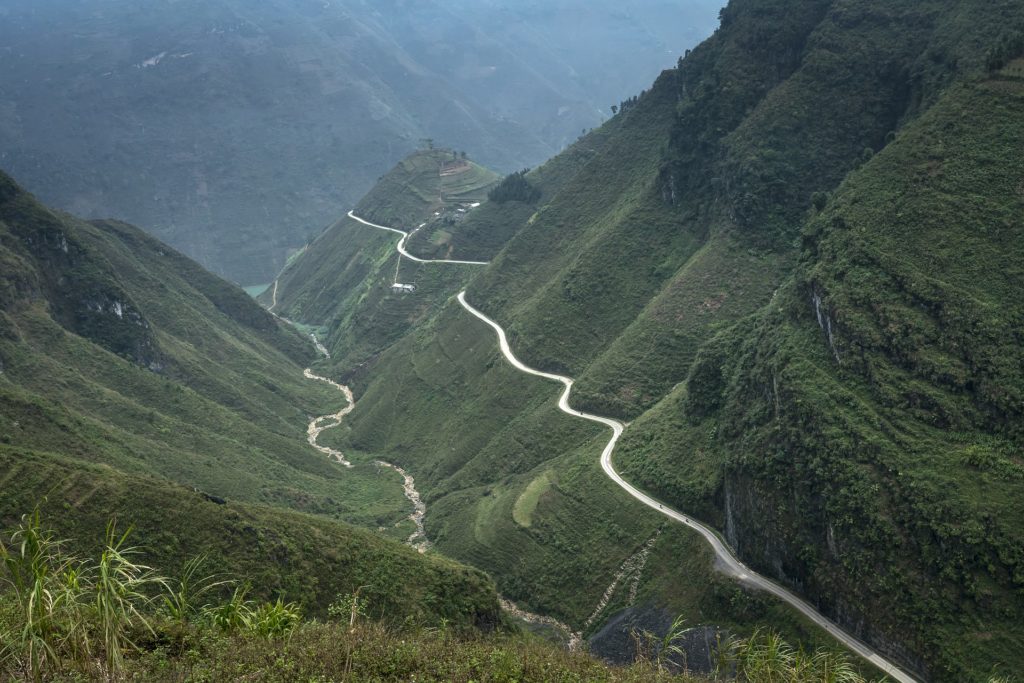 A unique taste of Vietnam, which, for now, is still untouched by mass tourism. Vietnam’s northern-most province, Ha Giang is often described as the most beautiful place in the north. With a history which stretches back 3,000 years, over 90% of the locals belong to ethnic minorities and tribes. Despite Ha Giang’s unsullied nature, rich diversity and mind-blowing landscapes from its winding, highland roads, it’s remote location has kept its visitor numbers low. For those eager for an adventure, the ‘Ha Giang Loop’ is the ultimate motorbiking trip where you’ll encounter limestone karsts, deep gorges, eerily-quiet borderlands and minority villages within a 2-5 day loop.

Best time to visit: May to July

Drawing strong similarities to its easterly neighbour, Ha Long Bay, Ninh Binh’s stunning limestone karsts dominate the landscape. However, these monolithic mountains shoot out of the flat, lush green plain, instead of out of the water. Easily accessible from Hanoi, Ninh Binh often captures the hearts of those that visit but luckily for the preservation of the incredible scenery here, few actually do. Spend your days here rowing through caves carved by rivers into the limestone outcrops, lapping up the serenity of the surrounding nature reserves and of course, climbing the 400 steps to the top of the Hang Mua Peak for an unparalleled view of Vietnam’s northern countryside. 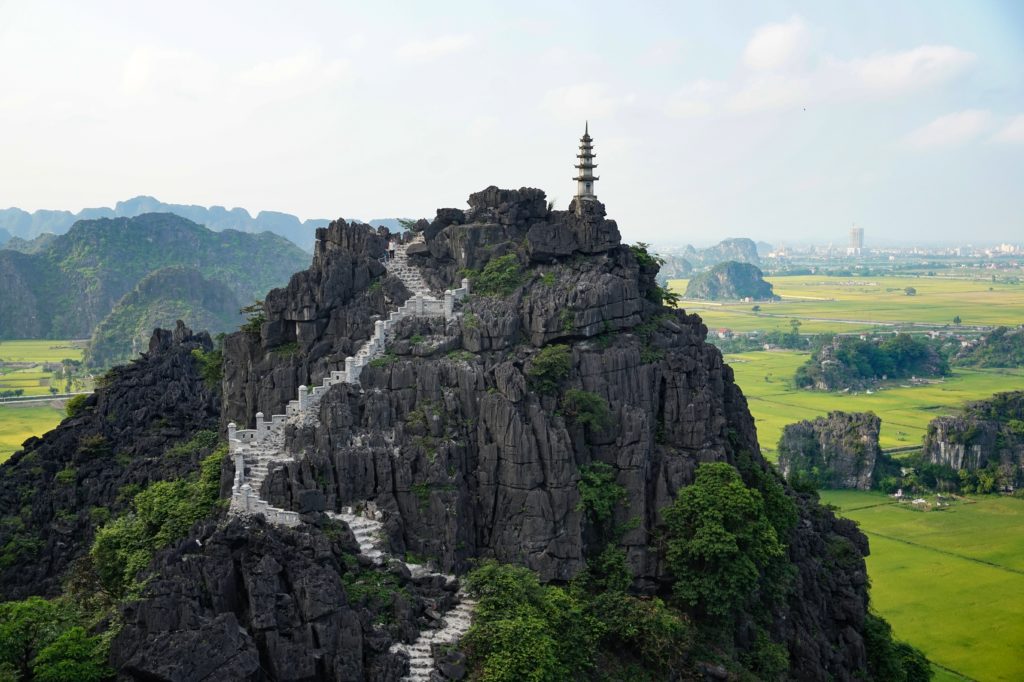 Whilst officially part of the Mekong Delta, Ha Tien bears more similarities to Thailand than it does to the southern region’s typical landscape of rice fields and rivers. Ha Tien sits close to the Cambodian border perched on the edge of the Gulf of Thailand. A popular jumping off point for those that travel to Vietnam’s southernmost, resort-filled island, Phu Quoc, by bus or bike from Ho Chi Minh City, Ha Tien is rarely visited solely to admire the incredible limestone formations scattered with a network of caves and temples. Ha Tien town has a certain rustic charm; ageing, colonial villas and bustling local markets packed with stalls selling southern delicacies make Ha Tien more than worth a day or two stay.

Often referred to as the ‘little Paris of Vietnam’, Da Lat is a French colonial resort town that flourished into a city. Perched on a plateau 1,500 metres above sea level, Da Lat is adored by travelling locals and expats for its cooler, cleaner climate. Those in search of Vietnam’s limestone karst scenery and stretching beaches tend to steer clear of Da Lat but for its tumbling waterfalls, evergreen forests and the sense of a touch of Europe in Vietnam, we think it’s certainly worth the detour.

Best time to visit: May to August 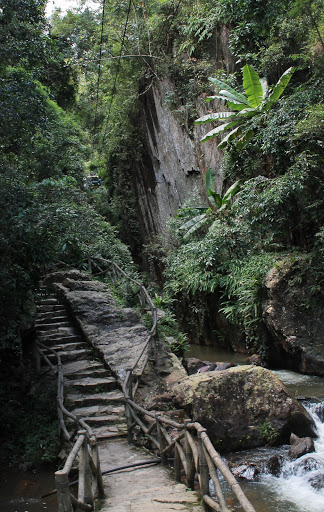 At Designer Journeys, we know that tying destinations like this into one trip – especially, when you’re trying to tackle a country with the length over 1,000 kilometres like Vietnam – is difficult. However, it’s not impossible. Choosing to visit Vietnam’s less frequented and somewhat hidden destinations is going to deliver you an experience like no other. Our in-destination Local Designers have lived and breathed Vietnam for the duration of their years, with their expertise, designing a trip to destinations that showcase the ‘real’ Vietnam is second nature.

Browse our customisable trips in our Vietnam gallery today or select your duration, budget and activity preferences in our handy trip-designer to get the process of designing your custom trip to Vietnam with one of our Local Designers started.

A Guide to Getting a Vietnam Tourist Visa

10 of the Most Unusual Things to See, Do & Eat in Vietnam

Tour Cambodia with this Guide

A Guide to the Best Vietnam Holiday

Escape to Paradise: Your Guide to A...

The China Travel Guide for Everything You...