The Best Time to Visit Spain for First-Timers 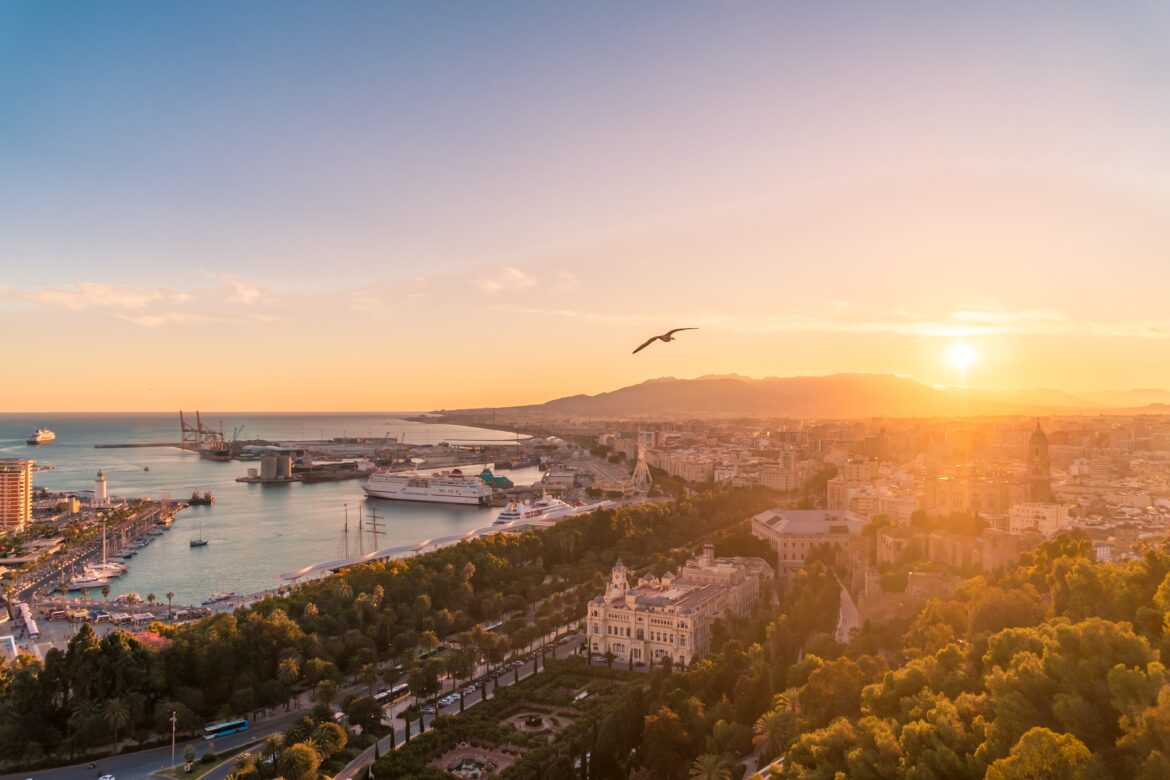 Sprawling across most of the Iberian peninsula, the southwestern European nation of Spain has long been a haven for sun-seekers, those hungry for both culture and good food and a zest for a good time. However, identifying the best time to visit Spain might be challenging for first-timers as this decision is very subjective. Whether you’re seeking the best of the Spanish weather, the next best European festival, or simply wish to escape from the crowds, Spain has it all.

Let us walk you through the best times to visit Spain, where each season has its own set of benefits that contributes to the country’s overall uniqueness. As a first-timer visiting Spain, you can do no better than joining a locally designed trip through the country – so let’s find out what our Local Designers point out as the best time to go!

What Makes Spain So Special?

Before we look into the best time to go to Spain, let’s see what makes this country so special and popular. Spain is a country of endless wonder, with a rich culture, textured history and vibrancy all of its own.

For much of its early history, Spain was made up of several separate states, each of which has made its mark on the modern country we see today. As such, Spain is a place of cultural diversity, from the Mediterranean islands, cosmopolitan Barcelona, vibrant Madrid n and everything in between. Spain’s closeness to the African continent and its historical connection with the Moors also brings a swathe of North Africaness that only adds to its diversity.

This cultural richness is also reflected in Spain’s food, wine, and culinary practices. Those who seek out delicious new dishes will be enchanted by the culinary landscape in Spain.

The sheer beauty and diversity of Spain’s landscapes are another reason why many choose to visit Spain. The majestic mountain ranges of the Pyrenees in the north and the Sierra Nevada in the south are some of Europe’s most captivating hiking areas. The central plains, sweeping idyllic beaches and country-defining cities all add to Spain’s allure.

Last but not least, Spain’s reputation for the arts is world-renowned. Whether it’s dances of Flamenco and Paso Doble, the work of Picasso and Dali or the spectacular architecture of Gaudí – visiting Spain truly brings art and culture to life.

When looking for the best time to travel to Spain, you may want to avoid visiting during Spain’s peak season. The peak season in Spain is at its highest between June and August, aligning with the European holiday season.

During this time, Spain will experience larger crowds of tourists, prices are generally higher, and competition for booking hotels and seeing the sights is at its greatest. Although you will experience bigger crowds, longer waiting times and higher prices, from June to August you will also get to experience Spain’s warmest weather – a draw for many who head to Spain for beach days and sun-soaked day trips.

How Much Time Is Ideal for Your First Trip to Spain?

Alongside knowing when to travel to Spain, it is important to know how much time you will need on your first trip to the country. How long you spend in Spain will depend on what you wish to see and do in the country.

We suggest spending at least seven days on an itinerary that takes in Spain’s main sights or big cities. For your first trip, a week in Spain will mean you can see several different places while still having time to travel and relax.

If you want to see much more of the Iberian peninsula and travel further from its main cities such as Madrid, Barcelona or Seville, then you will need around two weeks. All in all, one week is a minimum amount of time for your first trip to Spain.

Whenever you think the best time to go to Spain is, you will never be disappointed by what you find here. Spain is a country full to the brim with must-see sights, both ancient and modern.

With stunning cityscapes, endless white sandy beaches and stretches of untouched countryside, Spain is the gift that keeps on giving. Here is a small selection of Spain’s must-see tourist attractions, many of which can be seen on our locally designed trip through Spain.

Arguably one of the most iconic landmarks in the whole of Spain, La Sagrada Familia looms large over the city of Barcelona. The church is an example of Modernisme architecture taken to a whole new level.

Designed by Catalonian architect Antoni Gaudí, work continues on the basilica nearly a whole century after the architect’s death, with the final date for completion set for 2026. You can visit this one-of-a-kind cathedral as part of a four-day introduction to Barcelona.

The meticulously designed facades of the church are unbelieve at first viewing. The time and dedication that has been set aside for La Sagrada Familia make it one of the greatest accomplishments in modern architecture. For this reason alone, the Sagrada Familia continues to attract tens of thousands of visitors every day, and it’s easy to see why!

Located in the city of Bilbao, the Guggenheim Museum is one of Europe’s most beloved museums of art. A museum of modern and contemporary art, the Guggenheim holds an array of weird and wonderful art pieces, making a visit here a truly unique experience.

Aside from the artworks it holds, the Guggenheim Museum’s building is a sight to behold, and its ultra-modern aesthetic has made it an emblem of the city. No visit to Spain’s most avant-garde cities would be complete without stepping foot in the iconic Guggenheim Museum.

The Plaza Mayor, or main square, as it is known in English, is the beating heart of the Spanish capital Madrid. The central focus of the city’s social scene, the Plaza Mayor plays host to numerous bustling cafes at any time of the day, making it an ideal spot to sit and watch the hustle and bustle of Spain’s busiest city. During the evening, top Madrid restaurants make a roaring trade in Plaza Mayor, with an overwhelming range of dining options.

Aside from its modern attractions, the Plaza Mayor has played an important role in the Spanish capital’s history. Once the location of the canonisation of saints, the burning of heretics and the coronation of kings, a visit to the Plaza Mayor is like a visit through the centuries of Spanish history.

Plaza Mayor is the iconic centre of Madrid, and the same can be said of La Rambla in the city of Barcelona. One of Barcelona’s most notable streets, La Rambla, stretches for three-quarters of a mile through the city centre. Lined on both sides by plane trees, walking along La Rambla is a rite of passage for any visitor to the city.

Forever crowded by both locals and tourists alike, the electric atmosphere along La Rambla is famous. Aside from the simple experience of walking along the iconic road, La Rambla is also home to famous Barcelona landmarks such as the Virreina Palace, the Gran Teatre del Liceu opera house and La Boqueria public market.

The Mosque-Cathedral of Córdoba

If there is one must-see tourist attraction that defines Spain’s long connection with North Africa and its Moorish roots, it is the Mosque-Cathedral of Córdoba. Now a catholic cathedral, the mosque at Córdoba was constructed in the late 8th century when Andalusia and much of Spain were ruled as part of the Islamic Emirate of Córdoba.

When’s the Best Time to Visit Spain for the First Time?

You will find that the best time to travel to Spain falls into two categories, the spring season and the fall/autumn season. There are a number of reasons why these two times of the year offer up themselves up as when to go to Spain to get the best out of the country.

The spring season in Spain is a fantastic time to go to Spain. Either March, April or May can be considered the best month to visit Spain for numerous reasons. March marks the beginning of spring in Spain, the weather is becoming more pleasant, and you can beat the tourist crowd that starts to form in summer.

With mild but not yet sweltering weather, hiking through Spain’s picturesque mountain ranges are a joy. Festivals such as Las Fallas in Valencia and ​​Sant Medir festival in Barcelona get underway, making spring a great choice for cultural experiences.

By the end of spring in May, Spain is at its best. The weather has become warm and clear, and tourists have not yet swept through the country. The high heat of summer has not yet reached its peak, and festivals such as Cordoba Patios bloom the streets in floral delights.

Another best time to visit Spain is during fall/autumn. September to November in Spain is a time when the tourist crowds die down, and the scorching summer heat cools off. Visiting Spain in September is a wine lover’s dream, as September is harvest season and the ideal time to visit the country’s vineyards.

The end of September also brings with it one of the most emblematic festivals in Catalonia, La Mercè Festival. Gigantes or huge paper-mâché idols are paraded through the streets of Barcelona, creating a party and carnival-like atmosphere.

As October comes round, the surfing in northern Spain is at its best; it is also the best time to visit southern Spain, especially its cities. Since the high season, the city streets have quietened down, yet the temperatures are still pleasant enough to bask in the sun.

The end of the fall season brings with it its own exciting qualities. Nearly all of the tourists have gone, and the weather cools down. Festivals such as Fiesta de La Almudena in the Spanish capital bring the end of the year in spirits are high.

As we have seen, although the Iberian peninsula can be enjoyed all year round for many different reasons, the best time to visit Spain is during its shoulder seasons. You will undoubtedly get the best experience in Spain throughout spring and fall. Unmissable festivals, fewer crowds and pleasant weather all make this the ideal time of the year to visit Spain. Take a look at our uniquely designed trips to Spain, all of which are customisable and crafted by local designers on the ground.

With Designer Journeys, you can decide on the best time to visit Spain when you design your next trip. Start your trip planning and create memories today!

The Best Time to Visit Spain for First-Timers was last modified: May 4th, 2022 by Matthew Lewis
barcelonaBest time to visit Spainfirst time in SpainHoliday in SpainMadridSpainWhen to go to Spain
0 comment
0
Facebook Twitter Google + Pinterest

Why La Sagrada Familia Is Worth a Trip to Barcelona

Why a Barcelona Wine Tour Is a...

These Spanish Cities will Reveal the Architecture...

10 Best Islands to Visit in Greece...