Everything You Need to Know About Songkran Festival 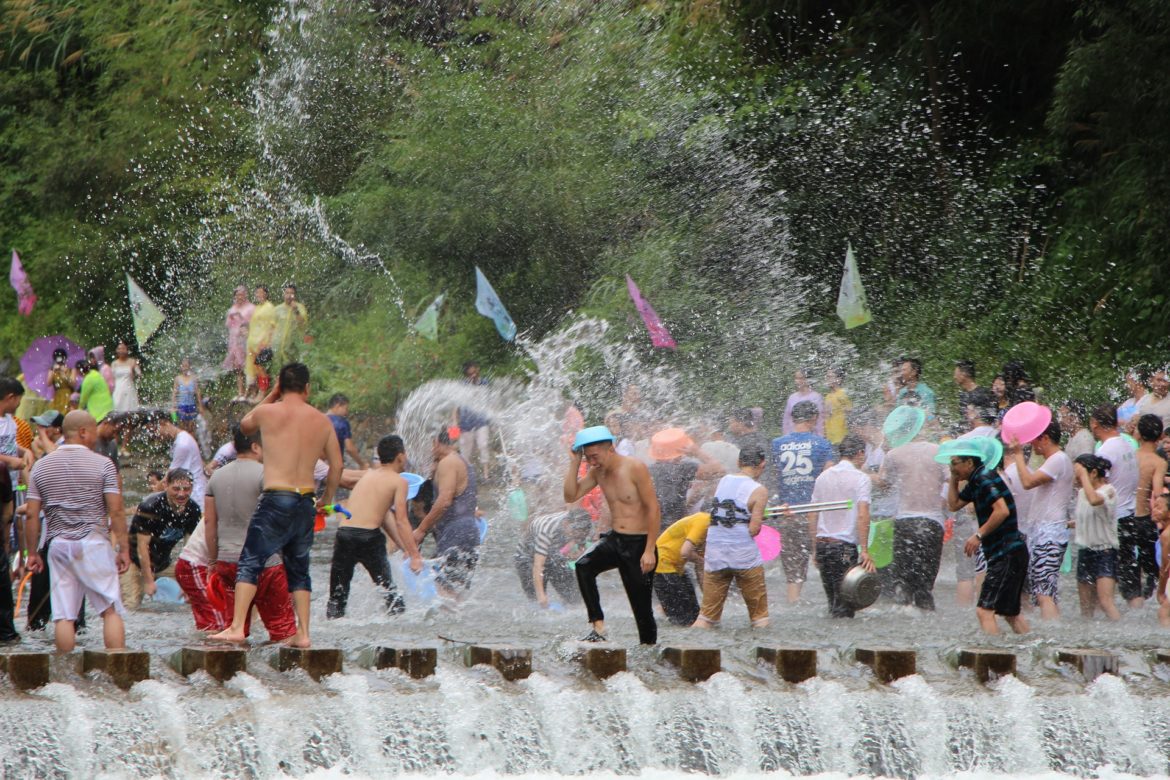 You’re invited to the world’s biggest water fight, are you ready?

If you’re not following, we are talking about Songkran, Thailand’s biggest festival which celebrates the Thai New Year by washing away the negativity of the past year. Quite literally. Thai people and tourists take to the streets and beaches throughout Thailand’s cities, islands and towns in a huge Buddhist ritual of pouring water over people to rid them of bad luck and sins.

Coming from the Sanskrit word meaning ‘passing’ or ‘approaching’, Songkran is the biggest event on the Buddhist calendar which marks the end of one year and the beginning of another.

Perhaps not by coincidence, Songkran is in April every year, which also happens to be Thailand’s hottest month. Being doused in water is actually rather refreshing when the temperatures are reaching 39 degrees celsius.

How is Songkran celebrated?

Water is an important element in Songkran; traditionally throughout the festival, Buddhists would visit temples and pour water over Buddha statues and on the hands of Buddhist monks as a mark of respect. In more recent decades, the throwing of water over each other has become a huge part of the annual celebrations and has shot this traditional Buddhist festival right to the top of many bucket lists.

During Songkran, people come out in force with anything they can lay their hands on that will hold water – water pistols, buckets and cups, anything will do. For three days, cities and towns throughout Thailand take part in a huge water fight aiming to soak anyone and everyone in the vicinity. 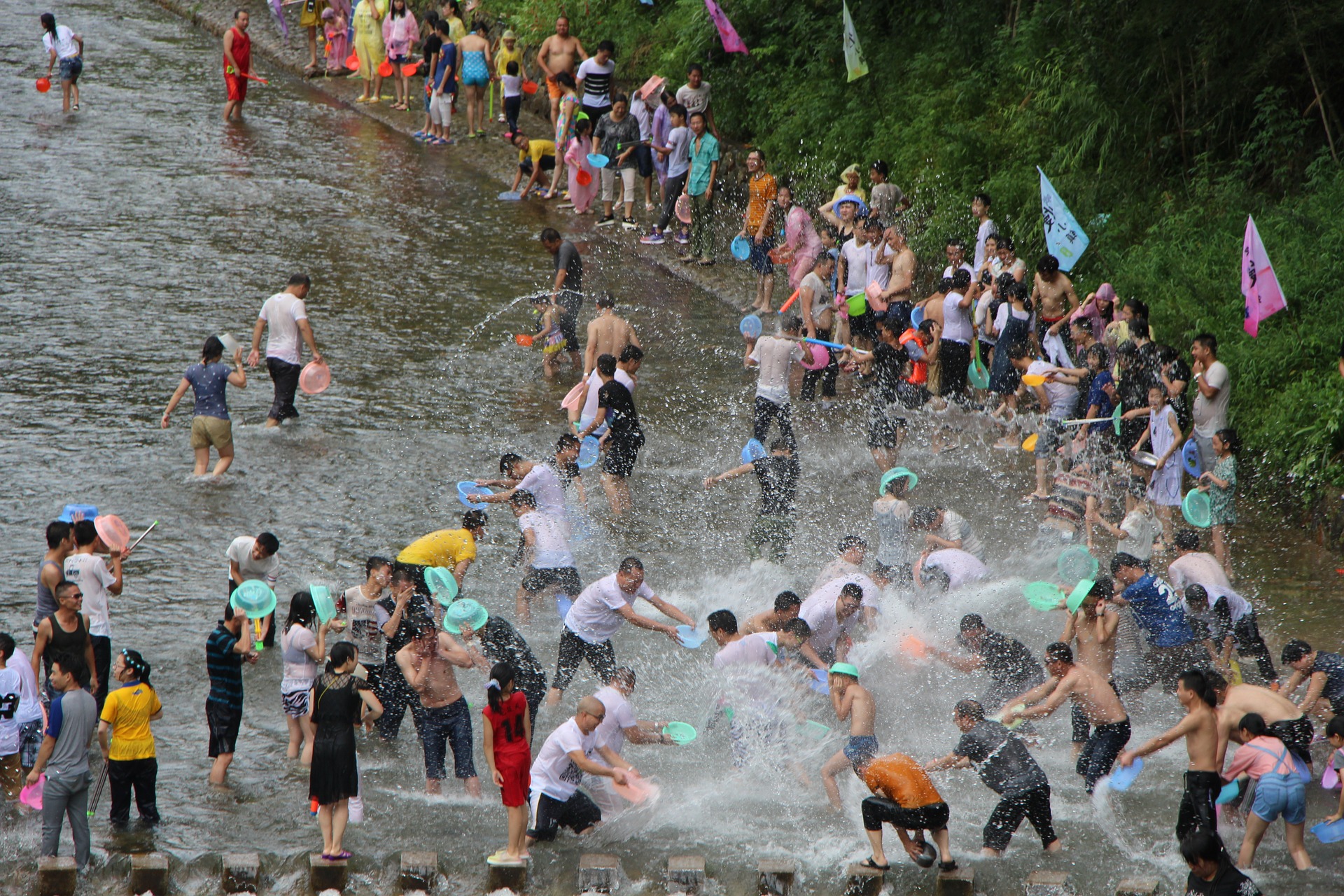 Of course, the appreciation of family is also very important during this time and many Thai people will make their way to their hometowns to spend time with their older relatives.

What if I don’t want to get wet?

You won’t get away with staying dry during these three days so either don’t come if you don’t want to join in or stay in the safety of your hotel. If you do plan on visiting during this time, make sure you don’t book your departure for during these days as chance are, you may get wet even if you have your bags with you!

If you’re coming to Thailand during Songkran, the best thing to do is grab yourself a water gun and join in! The Thai people love sharing this holiday with tourists, it is a very joyous occasion.

Where should I spend Songkran?

The beauty of this annual festival is that the whole country takes part and whilst it’s an extremely important holiday to the Thai people, everyone is welcome to get involved. You’ll find water fights, cultural performances and traditional ceremonies in every town in Thailand. However, they all vary in terms of the size of celebration and atmosphere so here’s a lowdown of what you can expect at each of Thailand’s major destinations.

The official opening ceremony for Songkran takes place at one of the most important Buddhist temples in Thailand, Wat Pho, home to the giant, golden reclining Buddha. Throughout the festival from 13th-15th April street parties and water fights will take place throughout the city. The most popular ones will be held on Khao San Road, the popular backpacker area, and in Silom, a street stretching four kilometres full of vendors selling water guns, balloons, buckets and drinks.

Chiang Mai is the place to be during Songkran; the celebrations kick off a day earlier on 12th April with a huge procession of cultural and traditional performances throughout the town. Anytime during Songkran, head to Tha Pae Gate where there will be a huge water fight all along the old town moat. Like Bangkok, you’ll find vendors here selling vessels to aid your water fight, traditional food and drinks. The Maya shopping mall will also have a stage set up with live DJs if you’d like a bit of music to accompany your soaking.

If the beach is calling you, then Thailand’s biggest island, Phuket, is a great place to spend Songkran. For the biggest parties, head to Patong beach or Bangla Road, where the traffic stops moving and the water keeps flowing. As one of the liveliest spots in Thailand, be prepared for these celebrations continue to the small hours.

For a tame version of Songkran, head to Koh Samui which is the best island to celebrate the festival, especially if travelling with children. For a more lively scene, head to Koh Tao and Koh Phangan, where the parties are slightly smaller than Phuket but just as lively.

This is a national holiday so bear in mind, offices and banks will be shut during this three-day period.

Travel will be limited

Although it does give off the atmosphere of one big party, this is still a very sacred festival for Thai Buddhists and it’s important to be very respectful of their culture and traditions during this time.

Yes, this is a joyous occasion but there are unfortunately people in this world that will take advantage of that. Be careful with drinks, stay in groups if possible and watch your belongings. Taking belongings out with you is never a good idea when you are likely to spend the whole day dripping wet so leave everything but a little bit of money behind in the hotel safe.

If you’re planning a trip to Thailand, hopefully this will give you plenty of insight into what to expect if you’re travelling during Songkran. If you need some inspiration, take a look at some of our completely customisable Thailand trips or design your perfect trip from scratch with the help of one of our in-destination Local Designers; whatever you’re looking to see or do, our Local Designers will make sure it’s an unforgettable experience!

Heading up the Content Team at Designer Journeys, at my desk, you'll find me tapping out inspiring adventures, finessing incredible trips designed by Local Designers and focussing all things content. Having lived in Southeast Asia between Vietnam and Bali for three years, I'm now keeping toasty with a cuppa in a little English town planning future adventures for which I have constant inspiration. Offline, there's nothing I enjoy more than long cycle rides, fueling the foodie in me and seeking out new spots - preferably all at the same time. Find me on LinkedIn or Instagram and keep an eye out for travel inspiration here!

5 Glorious Scottish Moments and When to Experience Them

Great Barrier Reef Trips and Beyond: A...

Drive Away on Your New Zealand South...

Where to Discover a Different Thailand

The Complete Guide to Victoria Falls

Four Iconic Cities in Australia & How...

What Teenagers Really Want from Their Next...